Merry Christmas Everyone–it’s Shannon Smith again from Sassy Soirees!!! I am so excited to share with you this AMAZING Winter ONEderland 1st Birthday Party that I had the honor of designing and planning from start to finish!!! I thought this was a great party idea to share for anyone who is thinking of having a children’s holiday party or someone with a child whose birthday falls during the holidays, but does NOT want the traditional red and green Christmas theme. 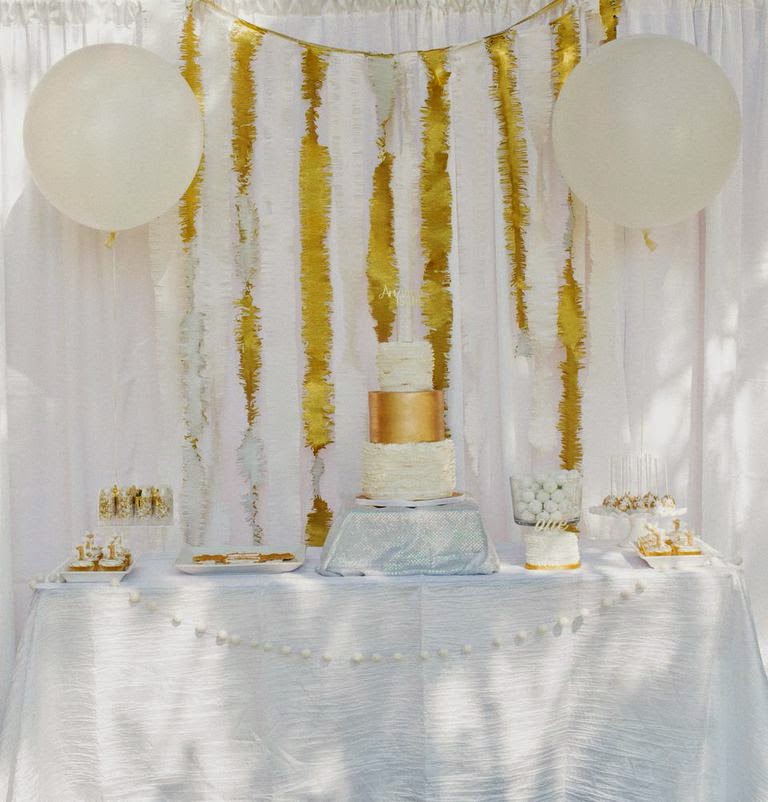 I knew immediately I wanted to make everything all white with sparkly gold accents. I also knew with children there needed to be an activity so what better activity than to have REAL SNOW brought in–especially for Arizona kids!!! So 4 tons of snow was delivered the morning of the party, and I designed around that. 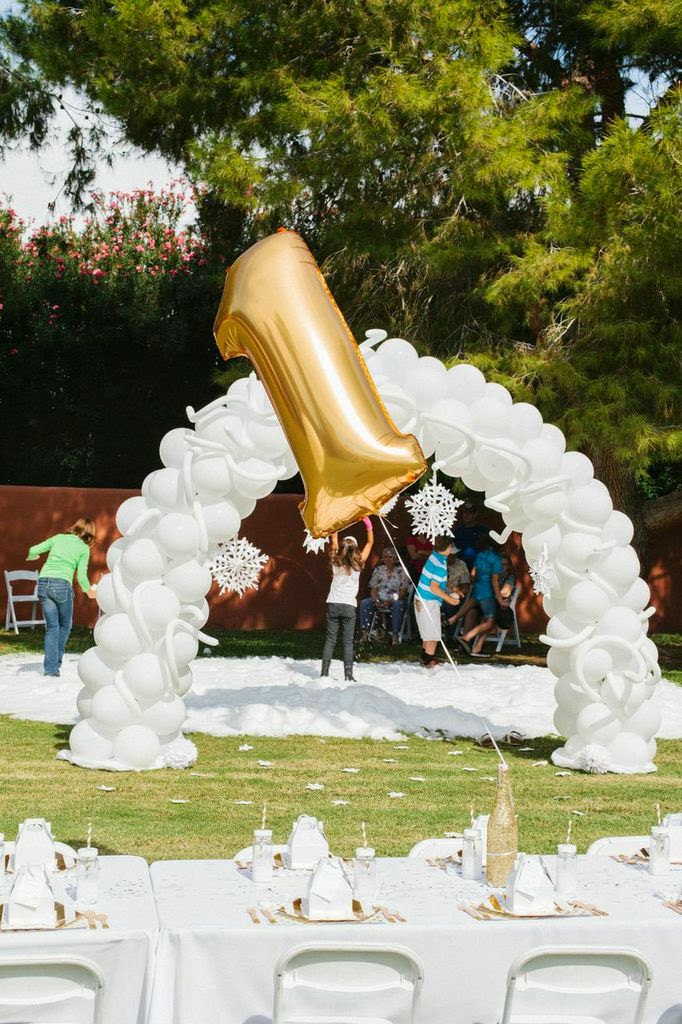 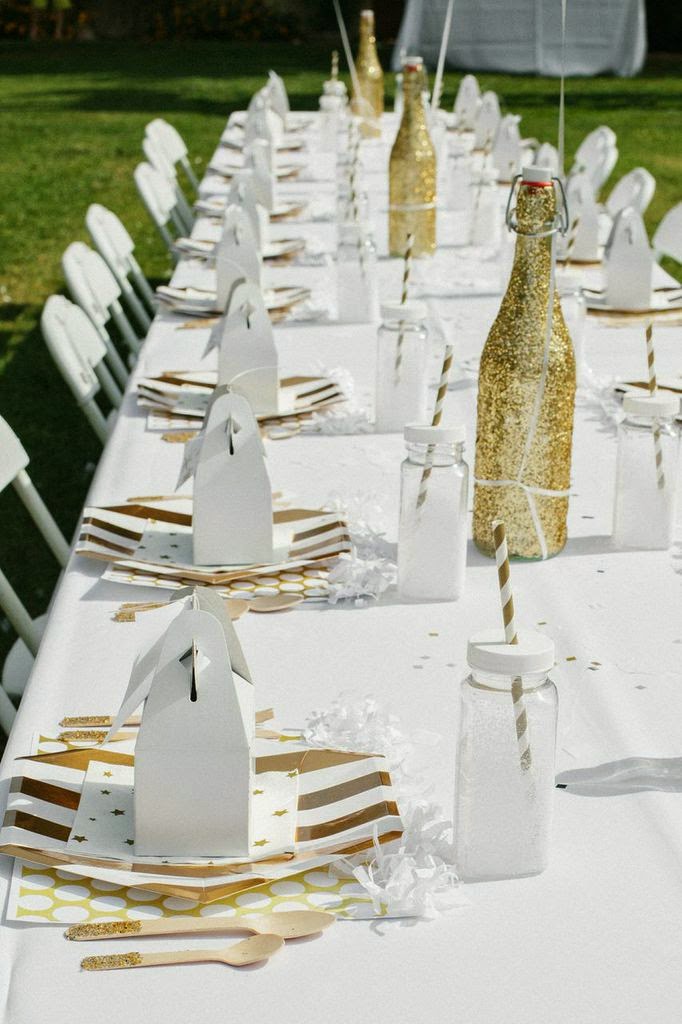 The place mats were made out of printer paper printed with polka dots on them that were used on the invitation. Then I took tissue fringe and taped it to the top of each one just to dress up the table a little. 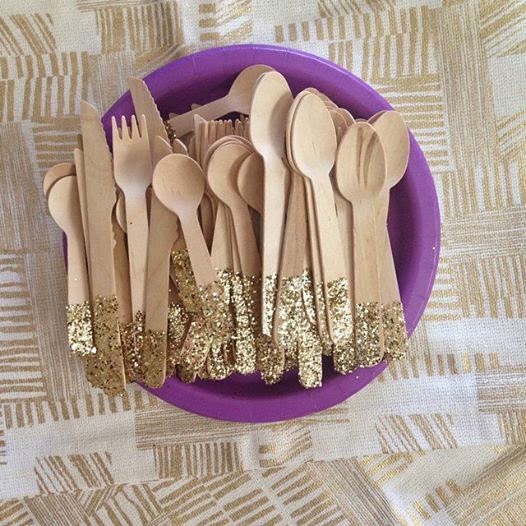 And just because I LOVE a little sparkle I hand dipped all the kids wood cutlery in glitter–this really made each place setting pop. 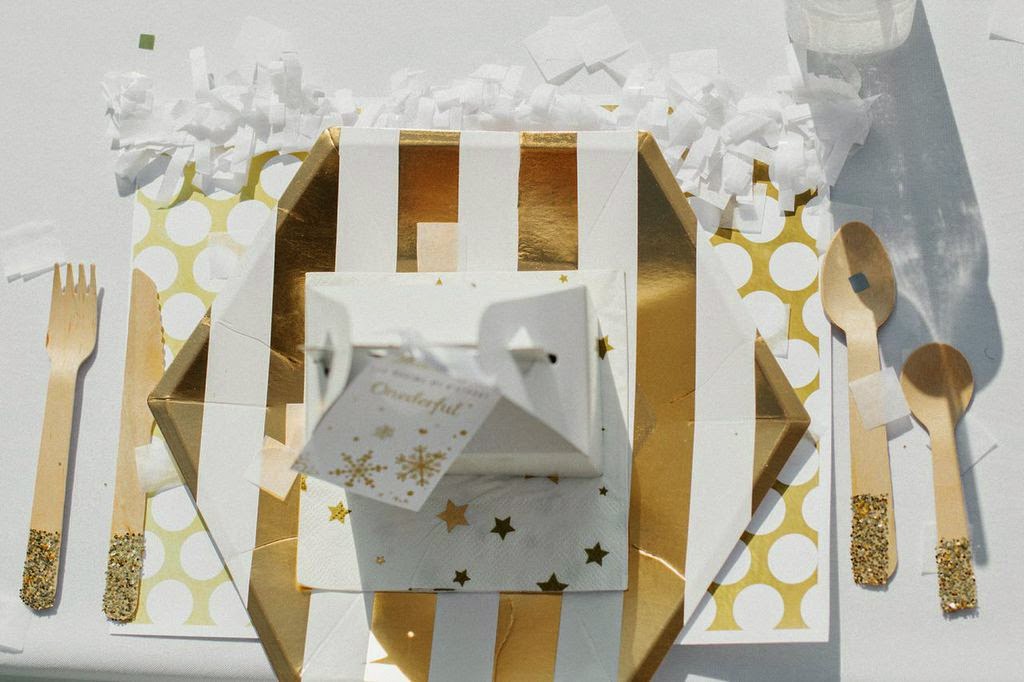 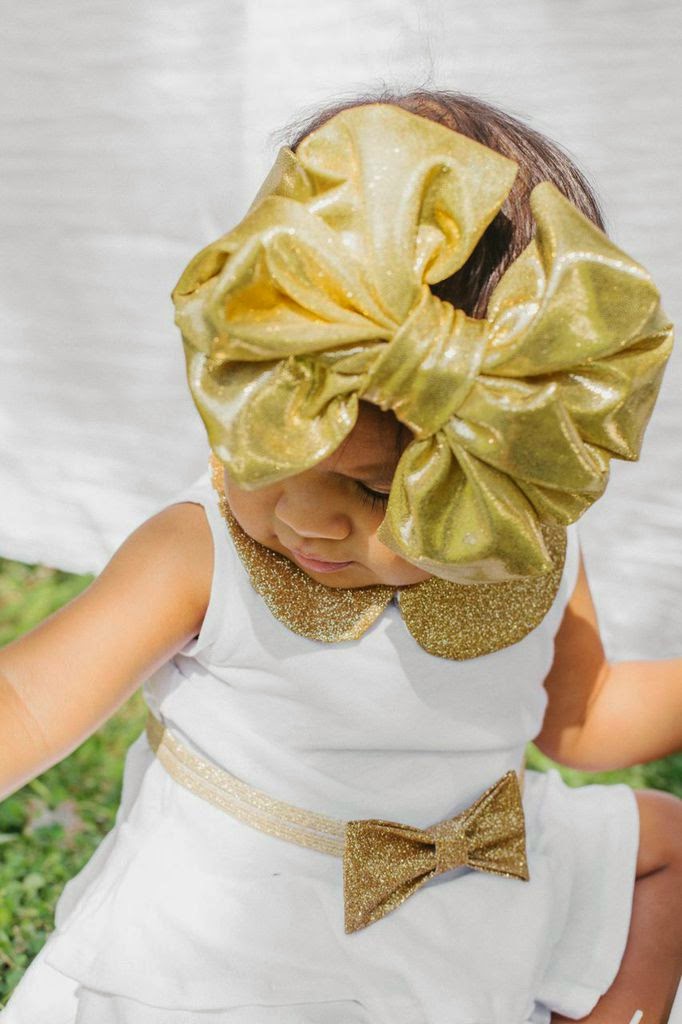 When designing the dessert table I knew the more ruffles and gold sparkle the better, but I also wanted to keep the clean white look as well. I think Ashley from Lily White’s hit the nail on the head with the cake–it was clearly breath taking! 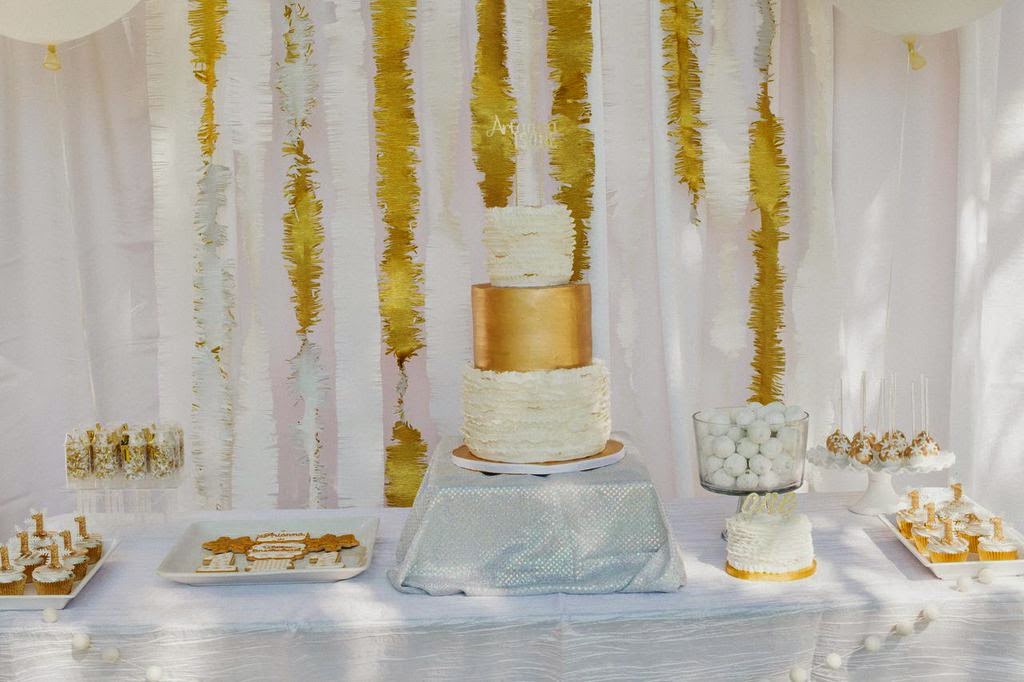 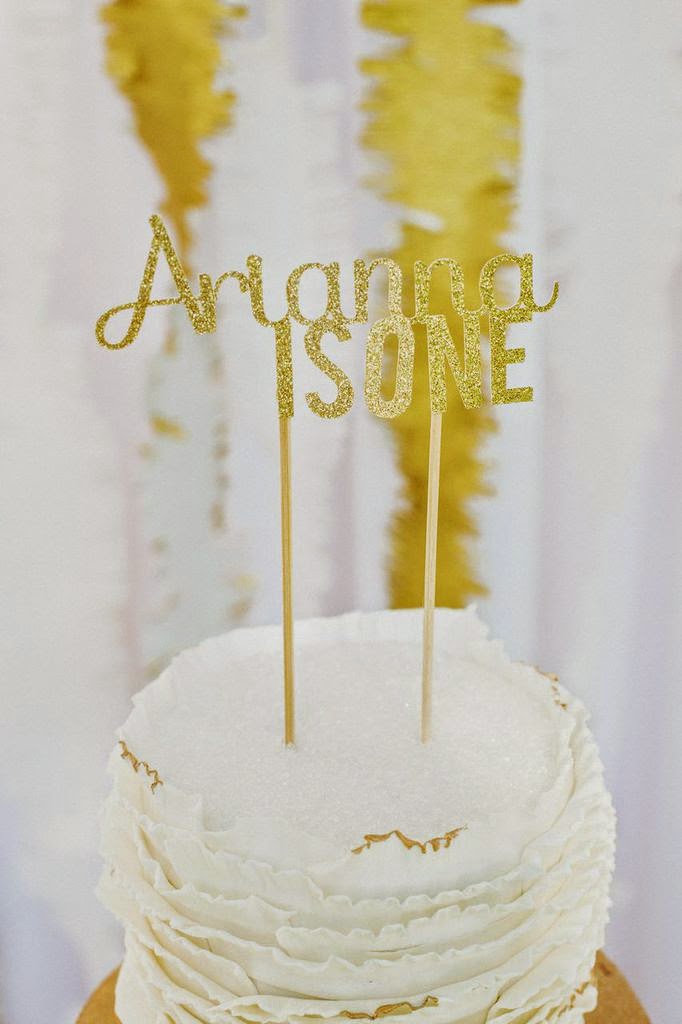 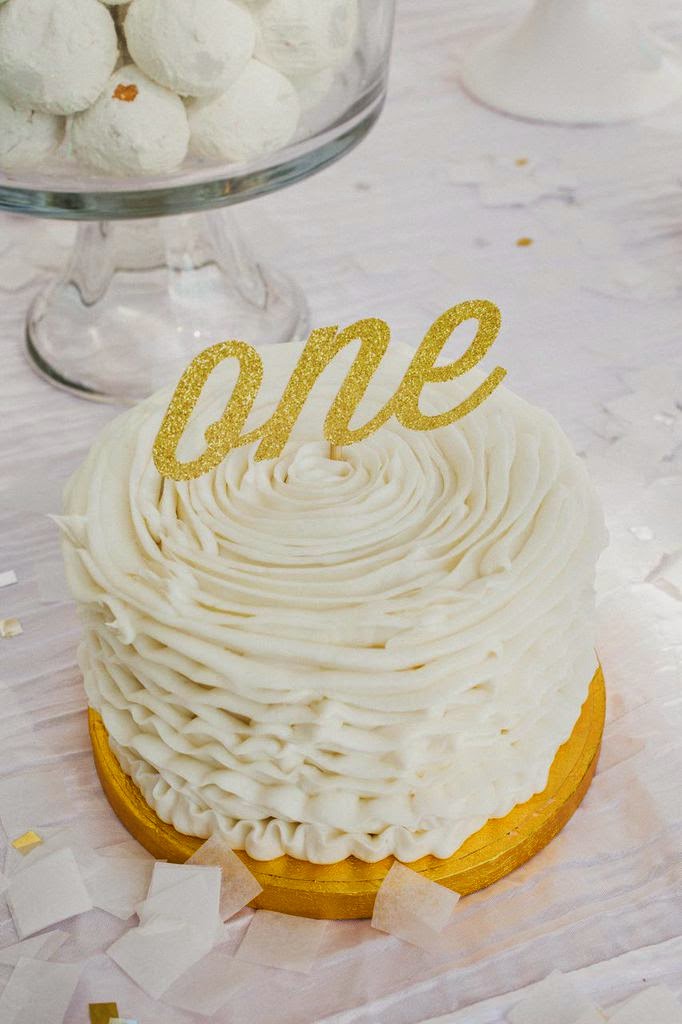 After the invites were designed I sent over the images to The Baked Equation so she could incorporate them into the cookie design–she too blew it out of the water with her cookie designs!!! 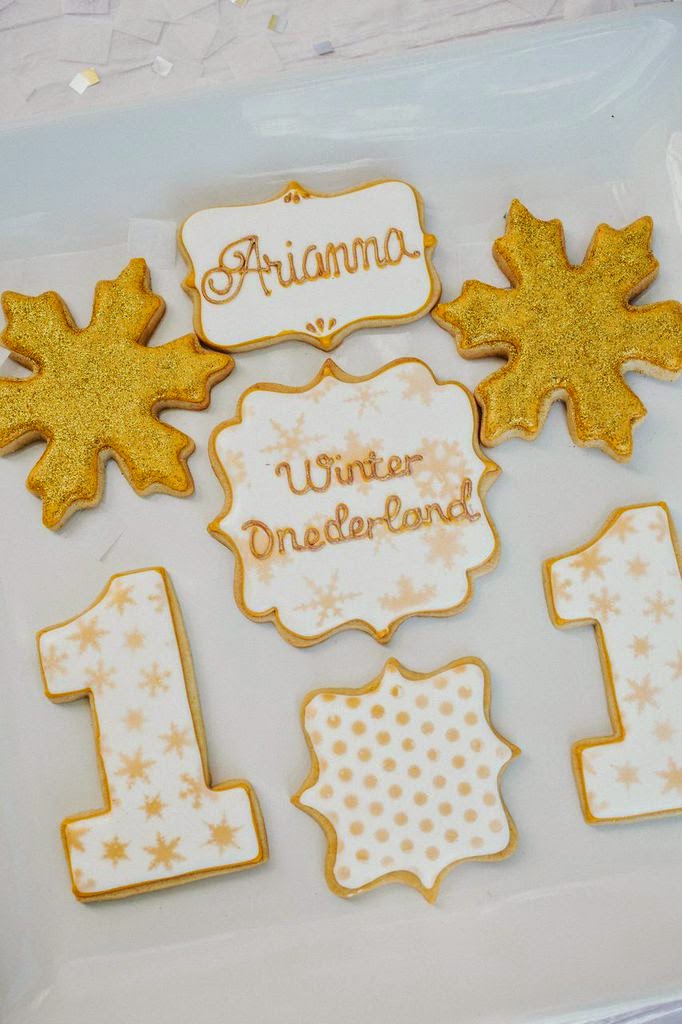 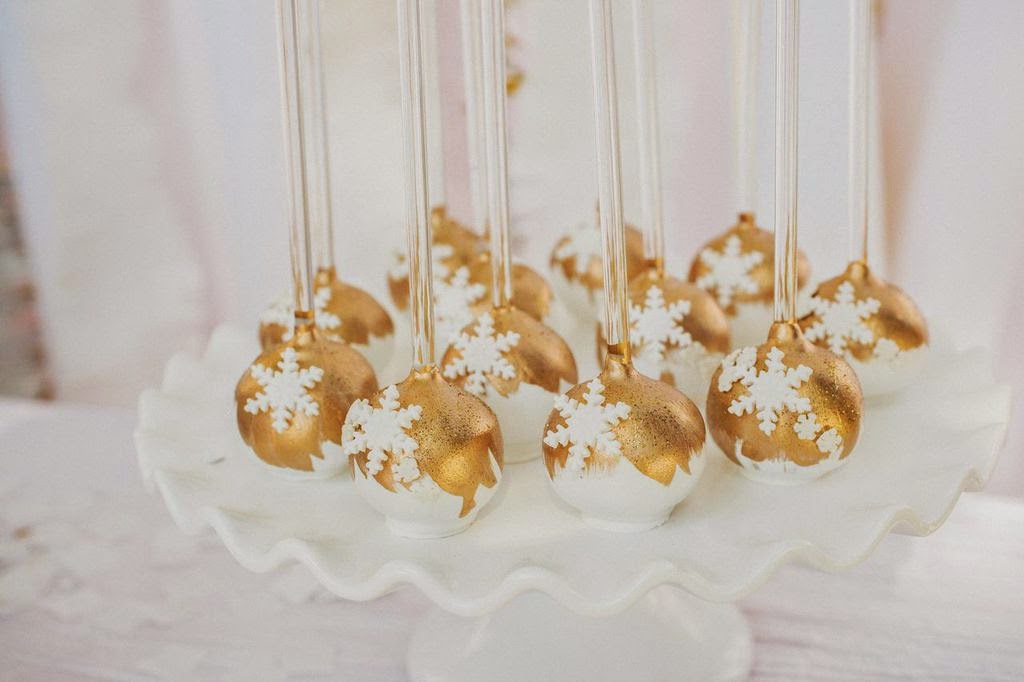 One of my little party secrets is to just order cupcake toppers, but make the cupcakes myself from a box–this saves quite a bit of money, and nobody knows the difference because the cupcakes always look so cute! 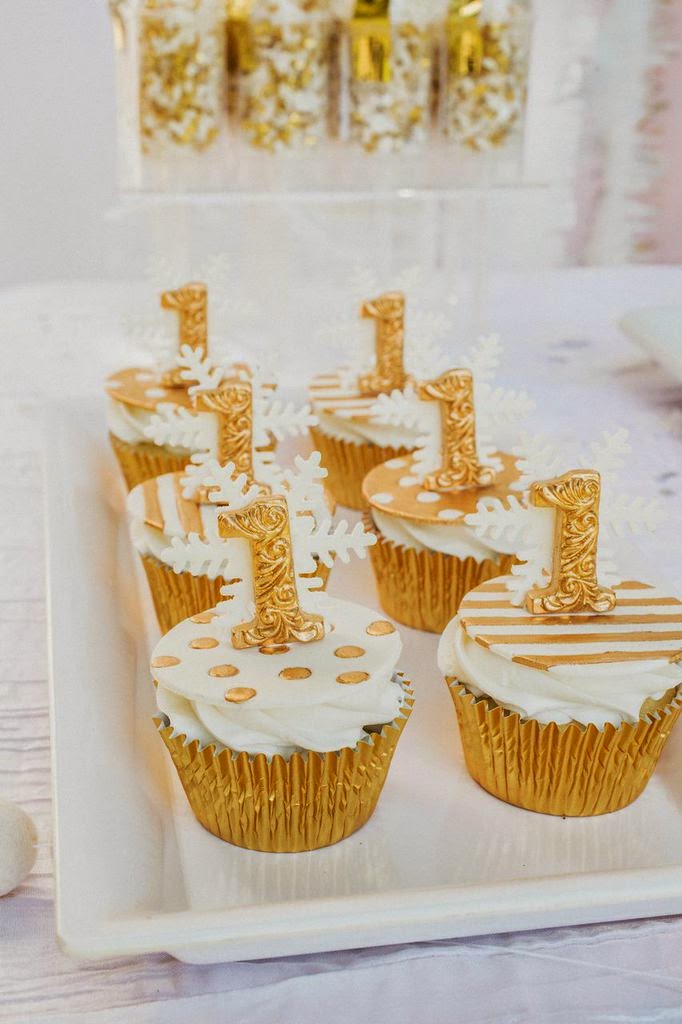 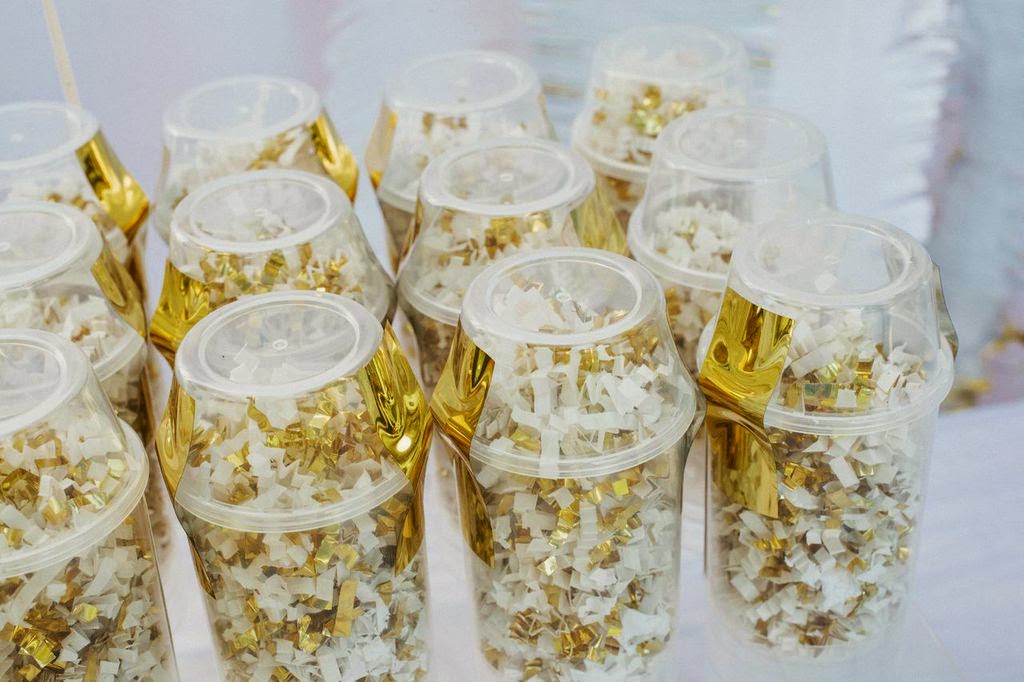 And just because you can never have too much confetti these crazy confetti poppers were handed out to all the kids before they sang Happy Birthday and then all launched when she attempted to blow out her candle–it was so FUN!!! Thanks for letting me share a little bit of what I do for a living, and I truly hope you all have a fantastic Holiday Season!!! If you want to see other tid bits of my events and DIY’s please follow me on instagram @sassysoirees.

A special thanks to A Dude and A Chick Photography for all the photos!!

Welcome to A Blissful Nest!

My name is Rebekah Dempsey and I am an interior designer and home decor, enthusiast. You will find lots of home decor + design tips as well as lifestyle ideas for your blissful home and life! 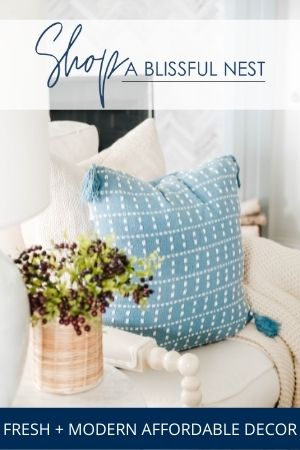 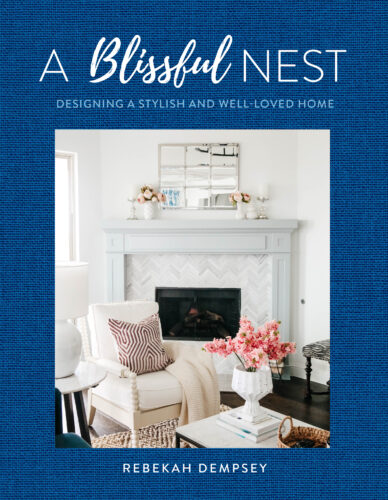 You can find out more about which cookies we are using or switch them off in settings.

This website uses cookies so that we can provide you with the best user experience possible. Cookie information is stored in your browser and performs functions such as recognizing you when you return to our website and helping our team to understand which sections of the website you find most interesting and useful.

You can adjust your other cookie settings by navigating the tabs on the left hand side (desktops) or above (mobile).

Strictly Necessary Cookie should be enabled at all times so that we can save your preferences for cookie settings.

If you disable this cookie, we will not be able to save your preferences. This means that every time you visit this website you will need to enable or disable cookies again.